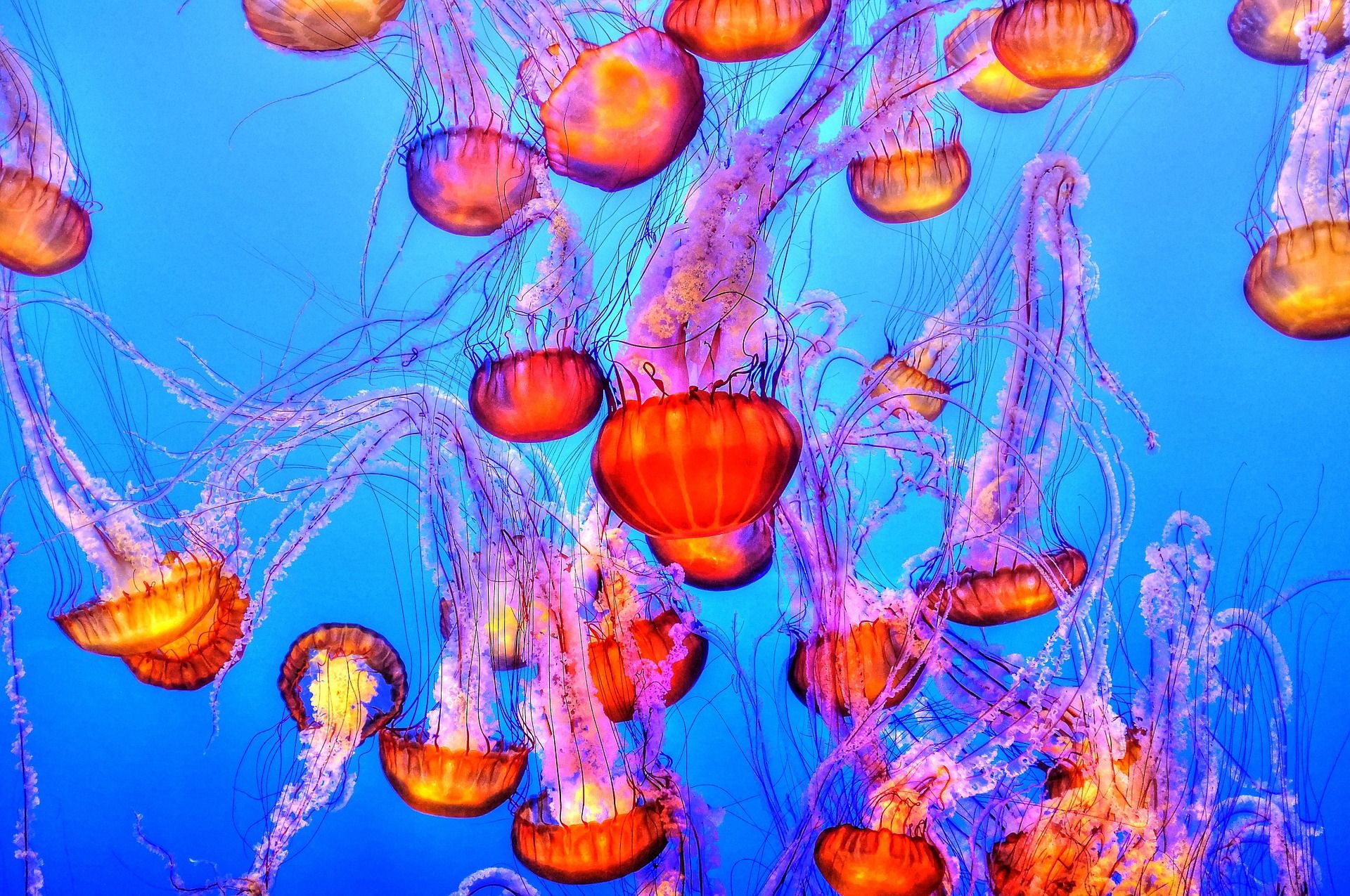 Jellyfish are among the most interesting marine life you will find in Destin.

To see them moving beneath the water surface is a thing of beauty. It is mesmerizing, the way they propel themselves through the water. As beautiful as they are some of them can be quite dangerous especially in large numbers. Destin has several species of jellyfish depending on the time of year.

We at Sea Oats Motel and Management Company want you to have the best and safest vacation possible while you are staying with us. Here is a short guide to the jellyfish of Destin and which ones you should avoid while swimming at the beach.wmi provider host high cpu 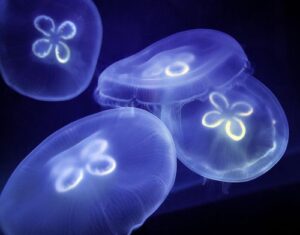 Moon Jellyfish are relatively harmless but can result in skin irritation if handled. They are fairly easy to identify as they are completely clear with the exception of four horseshoe shapes in the center forming a flower like design. They have four tentacles on its underbelly to capture small marine animals.

The Cabbage Head Jellyfish can be seen November through April on the Destin shores. It can be distinguished by it’s large milky bell-shaped (or mushroom like) head. It has short white feeding arms beneath the bell which have very few stinging cells. These may cause a slight tingle if touched. 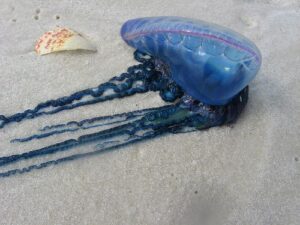 The Portuguese Man-o-War (aka “blue jellyfish) is now actually a true jellyfish. It is actually a group of four different species working in synergy. Each animal does it’s part as hunting tentacles, digestive tentacles, the oat and the reproductive organs. This species is easily recognizable by its bluish color and it’s long tentacles. They are often washed up on shore and should be avoided as they can have a very painful sting even if they appear dead on the beaches.

The Sea Nettle Jellyfish can be seen from May to December. They are relatively small and has several long tentacles suspended from the center of it’s white bell with triangle shapes radiating outward from the center. These are actually carnivorous and eat smaller species of jellyfish like Comb Jellyfish. The Sea Nettle should also be avoided as it packs a powerful sting as well. 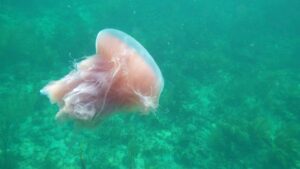 Last but certainly not least is the Pink Meanie Jellyfish whose name says it all. They are pink in color with a shield type shape and have more than 150 long stinging tentacles. This species should be avoided at all costs as they are highly venomous.

Jellyfish are beautiful but dangerous sea creatures. They should be observed but never handled.

Although the stings are usually not life threatening they can be quite painful. However, getting caught in a school of jellyfish can be much more dangerous. Like anything in nature as long as we have a healthy respect of any danger and use a little common sense, we have nothing to fear.

Come stay with us at Sea Oats Motel and see some of these beautiful creature in real life. They are quite awesome in motion as they flow through the water like angels. Don’t forget your underwater cameras. Jellyfish are quite photogenic.