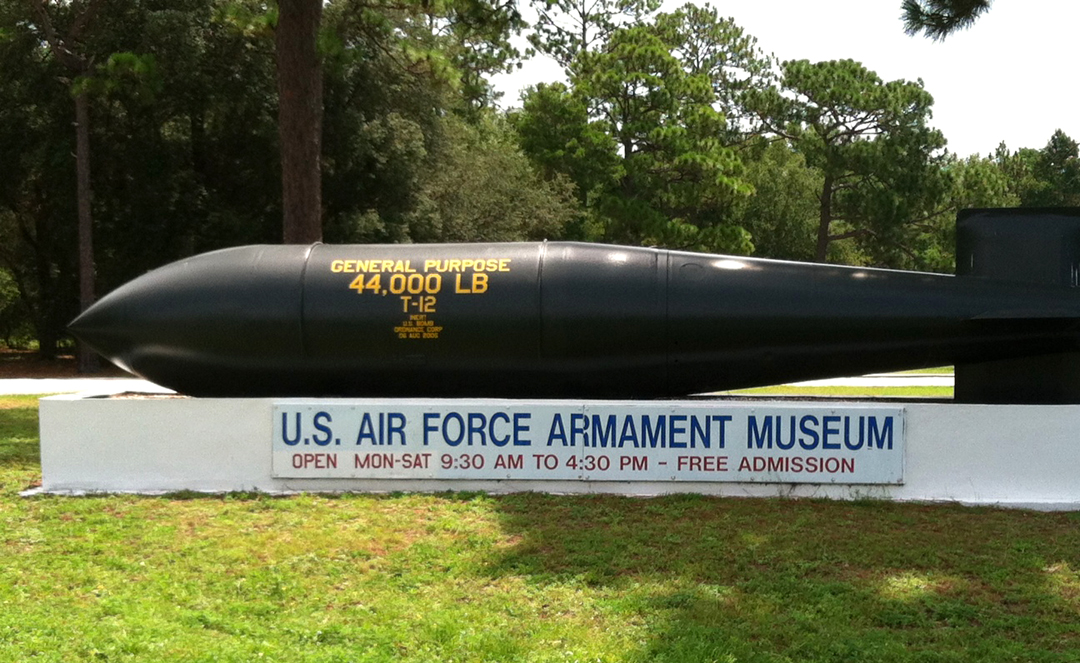 In addition to our amazing white sandy beaches and the coastal lifestyle that comes with them, it is important to remember that our area of Florida’s Gulf Coast has an important military history.

Experience aviation warfare armament from World War I through the modern day!

An extensive exhibition of weaponry and interactive displays is certain to delight the veterans and military enthusiasts in your group.

Outside displays include vintage military aircraft such as the fastest plane ever built: the SR-71 Blackbird!

Inside are four aircraft representing specific eras. The P-51 Mustang and the P-47 represent World War II. The F-80 Shooting Star comes from the Korean War and The F-105 Thunderchief was used in Vietnam.

The museum was built in 1976 in an old Enlisted Club facility where it stayed until 1981. A new museum was built and deeded to the United States Air Force in 1985. More than a million visitors have now experienced this unique Emerald Coast attraction.

Fun for the entire family!

Many important military-related ceremonies occur at the facility now. Frequent visits by school, church and veterans groups have made the museum an important educational, cultural and social landmark in the Destin/Ft. Walton Beach area.

The AFAM is open daily from 9:30 am. to 4:30 pm, Monday through Saturday except for federal holidays.

Admission is free and tours are self-guided.

Looking for more out-of-the-ordinary or specifically themed attractions to see while in the Destin area?

Ask our helpful staff to make recommendations during your stay with Sea Oats.