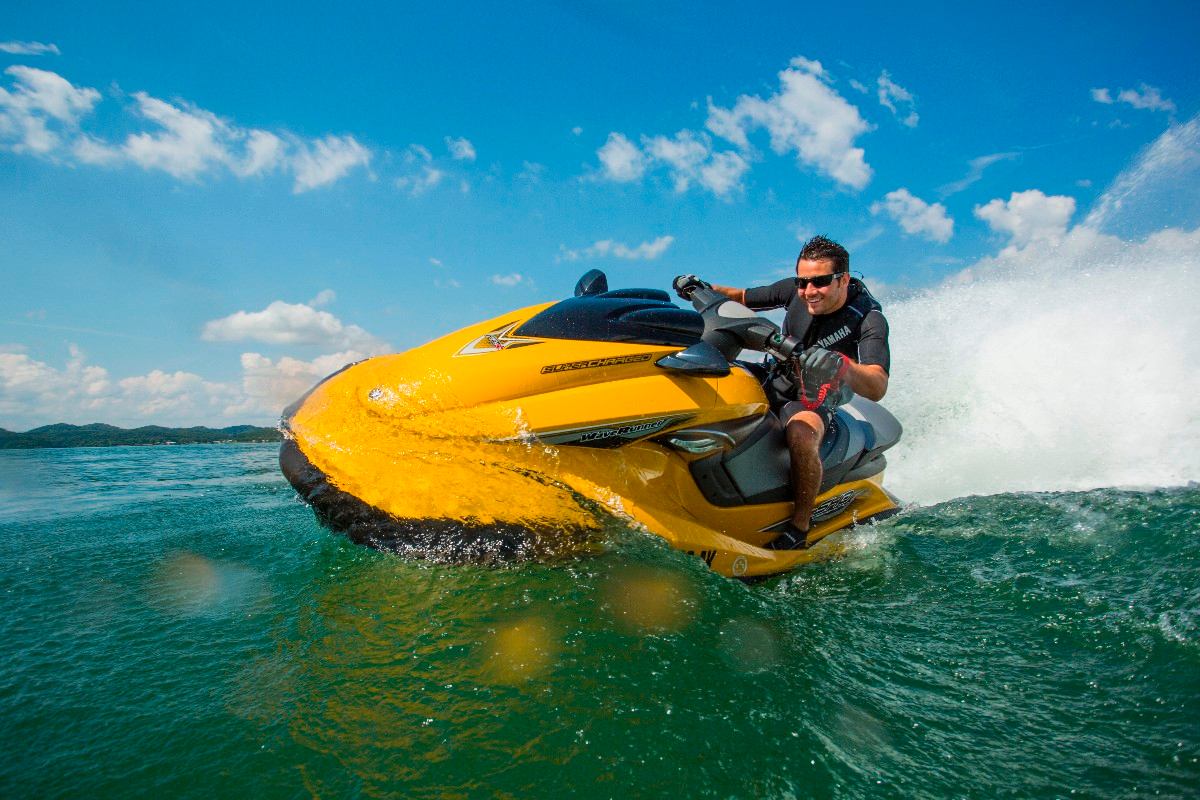 We have plenty of waverunners here at Sea Oats Motel available for rent.

You can have hours of fun tearing up the waves even if you don’t own one.

But what if you own your own waverunner? Destin has several public launches for those who wish to bring their own watercraft to the beach. Rental waverunners are certainly a blast but you have to bring them back at some point. If you have the money to spend, why not buy your own and bring it with you to Destin. Even if you don’t, it’s always fun to look at the latest and greatest and dream.

Waverunners have come a long way since they hit the big screen in the James Bond film The Spy Who Loved Me.

Some of the new designs are certain to turn some heads next time you get out on the water. Here are 5 of the coolest new personal watercraft available.

If luxury is what you’re craving, then this is where to go. The Rolls Royce of waverunners. Featuring a 5.7-liter V8 engine that cranks out 300 horsepower, this head-turner of a personal watercraft soars to a top speed of 65 mph. Custom paint jobs are available, as well as options for a sound system and a GPS navigator. 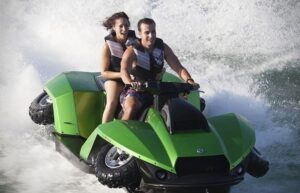 Have a blast in and out of the water with this amphibious watercraft. It is powered by the same BMW-supplied engine, a 1300cc 4-stroke in-line 4 cylinder beast that allows it to reach 140 hp on water with a max speed of 45 mph on land and water. The newest model features a passenger seat so you can bring friends along for this wild ride.

This lightweight watercraft is powered by electricity. Powered by twin direct-drive propulsion pods and a battery system, it can run a top speed of 65 mph. The manufacturer claims the carbon fiber hull.

Innespace Seabreacher is a two-seat personal watercraft, with a shape based on that of dolphin, and the ability to imitate a dolphin’s movement. The Seabreacher operates more like an aircraft with full three axis of control – pitch, roll, and yaw. This allows the vessel to carve left and right, jump over, dive under, and cut through the waves. The latest model is even capable of 360 degree barrel rolls on the water! With a 260 hp supercharged and intercooled engine you are sure to have a great time above and below the surface.

The design looks something like a motocross bike, but instead of wheels there are beams with small hydrofoil wings mounted at the ends that can be raised or lowered. The $15,000 FoilJet runs on a 20 hp 48 Volt electric engine that can run for three hours after a 10 minute charge. 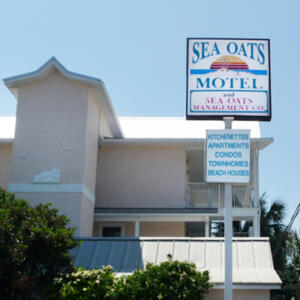 Sea Oats Motel and Management Co. invites you to stay with us on your next stay in Destin, Florida. Should you decide to bring your own personal watercraft to our beaches please let us know so we can get in on the fun too and catch a glimpse of the latest and greatest wave runners.